Dedicating My Life to Contradictions in the Bible 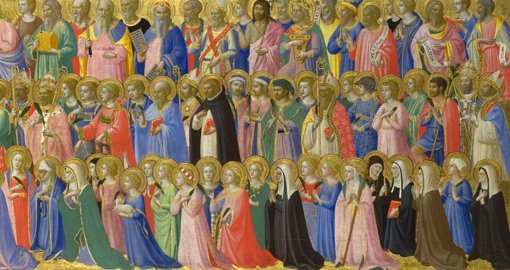 I have a master’s degree in theology, the one offered at my theological school that I called “M.A. Lite.” I wasn’t a biblical scholar or a theologian; I specialized in worship arts and pastoral theology; that is, spiritual care-giving. But I have a history of immersion in Bible study because, among my many church involvements I have over seven years of experience in an Evangelical cult  where I was continually pressured to read the Bible daily as part of my devotion to God. This in addition to structured Bible study, evangelism, and worship-songs whose lyrics came predominantly from the New American Standard Bible.

I was reminded today how much Bible exposure I had because I went to (an ELCA, Evangelical Lutheran Church in America) church to hear a friend’s choir and was so familiar with nearly all the biblical references that I could still, 35 years on, quote at least parts of them despite the fact that I rarely crack a Bible any more.

The cult was not Fundamentalist by name, but its doctrines were consistent with those set forth in “The Fundamentals” published in the early 20th century: the inerrancy of Scripture; biblical literalism, specifically, the Creation account in Genesis and the miracles in the Old Testament and the Gospels; the virgin birth and bodily resurrection of Christ; and the substitutionary atonement of Christ on the cross.

The so-called “charismatic leader” of my cult had been raised in the movement called the Plymouth Brethren, a group described in Wikipedia as “conservative, low church, nonconformist, and evangelical.” The group that he founded had retained all of these qualities and more, including a tendency to shun members who wouldn’t conform to the norms of the other nonconformists. He became convinced that it was essential to reach the entire world with the Gospel message within one generation. Because it was a low-church movement styled on the composition of the church in the New Testament, we had multiple elders (pastors) who were “raised up” from within the ranks of the congregation, not seminary-trained, based on their apparent godliness in the eyes of the self-styled “apostles” in the community. In addition to pressuring us all to reach the entire world population with the Gospel within 20 years, the group pressured all male members to aspire to eldership.

Because I have always been a free-thinker (and now that means, as many people imply by the term, that I am an atheist, though it did not always mean that for me), I was early on branded as “unteachable” and a problem member who would never make the leadership cut if I didn’t shape up (shaping up included daily Bible reading, which I was never good at).

I left the group 31 years ago, and though I began my transition out of the Church Universal some six years later, I have never been one to tout “all the contradictions in the Bible” as a reason for my apostasy. Because I am no longer a biblical literalist, the inerrancy or errancy of Scripture is not an issue for me.

I’ve been thinking lately, though, of the contradictions of the messages I was given during my Evangelical days.

“There is salvation in no one else; for there is no other name under heaven that has been given among men by which we must be saved” (Acts 4:12 NASB).

I remember responding to an article in the movement’s monthly magazine, The Cause, saying something along the lines of, “I see that in the same way that Jesus would have died for me had I been the only human being alive, so the imperative of reaching the world with the Gospel would be mine if I were the only Christian.”

The teaching was that the command to evangelize the world, called in the vernacular, “the Great Commission” was given by Christ right before he ascended into Heaven and had not been fulfilled by any generation of Christians since the age of the apostles. It had, we were told, been fulfilled by them–“These men who have upset the world have come here also,” claimed the Jews to the authorities (Acts 17:6 NASB) (remember, I was taught that “upset the world,” or, in other translations, “turned the world upside-down,” was not a figure of speech but was a literal recounting of history, dictated by God, who did not use figures of speech)–but never since, and the Commission was supposed to apply to every generation until the Second Coming.

I lived hearing this command as the guiding principle of my life for seven and a half years, and, unteachable though I was, I bought into it completely.

Meanwhile, on many Sundays in our house-worship meetings, we sang a song with lyrics taken directly from the book of Revelation, an account of the gathering of the saints after the seven seals were all opened: “You were slain, and purchased for God with Your blood men from every tribe and tongue and people and nation” (Revelation 5:9 NASB).

Likewise, two chapters later in Revelation, a description of all those who had overcome the Great Tribulation: “I looked, and behold, a great multitude which no one could count, from every nation and all tribes and peoples and tongues, standing before the throne and before the Lamb” (Revelation 7:9 NASB).

I was a Linguistics major in college, and though I don’t remember much from my classes in Historical Linguistics 36 years ago, I do know that languages have developed and died throughout history. If the world was never reached with the Gospel after the Apostolic Age, then there was no way for [men] of every tribe and tongue and people and nation to have heard about the name of Jesus Christ… and yet here they were, at the end of all things, a multitude standing righteous before a God of whom they had apparently not all heard in their lifetimes.

I am reminded of the question that probably all young people ask when they are being taught absolutist lessons about salvation: “What about the unbelievers?”

Remember, I was taught the literal inerrancy of Scripture. Rev. 5:9 and Rev. 7:9 were literally, not just figuratively true, because God knew about every hair on the head of every human being who had ever lived and was qualified to speak in such absolutes. Somehow the unbelievers get taken care of. Or they’re really believers in ways that absolutists don’t know how to make sense of.

This all doesn’t matter much to me now, but even 31 to 38 years after those days, I marvel at the fact that I threw in my lot with such an obsessive bunch of people when it was all going to be okay in the end anyway: all lands and cultures would, somehow, wind up having righteous people in them despite our failure to reach them with the Gospel.

I still bear spiritual scars from the way I was bullied during those days. And it was for a pretty significant contradiction.